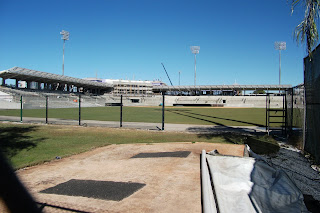 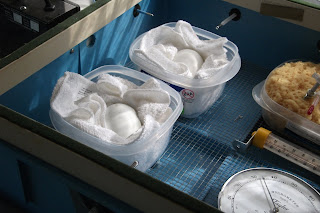 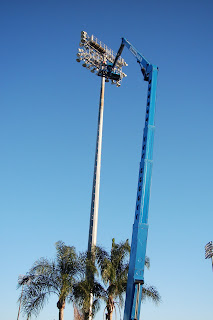 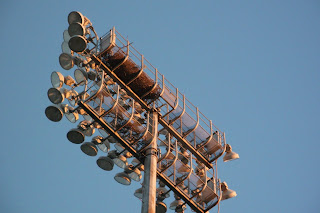 On Tuesday, December 14th, 2010, two Bald Eagle eggs were removed from a nest at Ed Smith Stadium in Sarasota, Florida http://athleticbusiness.com/articles/lexisnexis.aspx?lnarticleid=1323276637&lntopicid=136030023 The American Eagle Foundation (AEF) was contacted to help in the egg recovery and transport back to their Tennessee facility at Dollywood. I was contacted by Al Cerere, President of AEF, to help with the recovery. Dale and I were once employed by AEF and I was, at one time, in charge of the captive breeding program. I was available and went down with the AEF crew on Monday. We arrived at Ed Smith Stadium (Spring training camp for the Baltimore Orioles) at 7:00 a.m. on Tuesday and met with the Oriole representatives. A lift was there to carry the nest climber to the nest which was constructed on a light pole tower near right field. The first lift would not allow the climber to get up to the nest, so a second, taller crane was brought in which allowed the climber to access the eggs. The male eagle was on the nest at the time and reluctantly left the nest as the climber approached. The eggs were brought down and placed in the waiting incubators after being weighed and candled to determine if the eggs were developing. Both of the eggs looked good and were transported back to the Eagle Foundations's facility in Pigeon Forge. If all goes well, the eggs should hatch the second or third week in January. It was nice to be able to be a part of the recovery process.

John Stokes
Posted by Wings to Soar at 1:24 PM 7 comments: