Sorry it has been a while since our last update. The Peregrines have left the area. One of the young birds, more than likely Wilbur, was last seen in the area about three weeks ago. A few years ago, when we released Lookout the Peregrine (who was carrying a satellite transmitter), he left the area by the second week in August. Lookout eventually found his way over to the Mississippi River where Peregrines pursue shorebirds on their migration south. It is very possible that Orville and Wilbur may have done the same. There is no real way to know. Maybe next year we will be able to put a satellite transmitter on another Peregrine to follow his progress.

Meanwhile, we have an upcoming program in September on 9/27 at Cheekwood Botanical Graden in Nashville http://www.cheekwood.org/Calendar/Events.aspx?d=2014.9.27 We will have shows at 11 and 1 CDT. Come early for either show because the auditorium fill up fast.

We will be back at Rock City for their 9th Annual Rocktoberfest http://www.seerockcity.com/events/entry/rocktoberfest We will have shows on Saturday and Sundays in October at 11:30, 1:30 and 4 p.m. EDT Come on up to the Rock and have some brats, beverages and learn to Chicken dance. 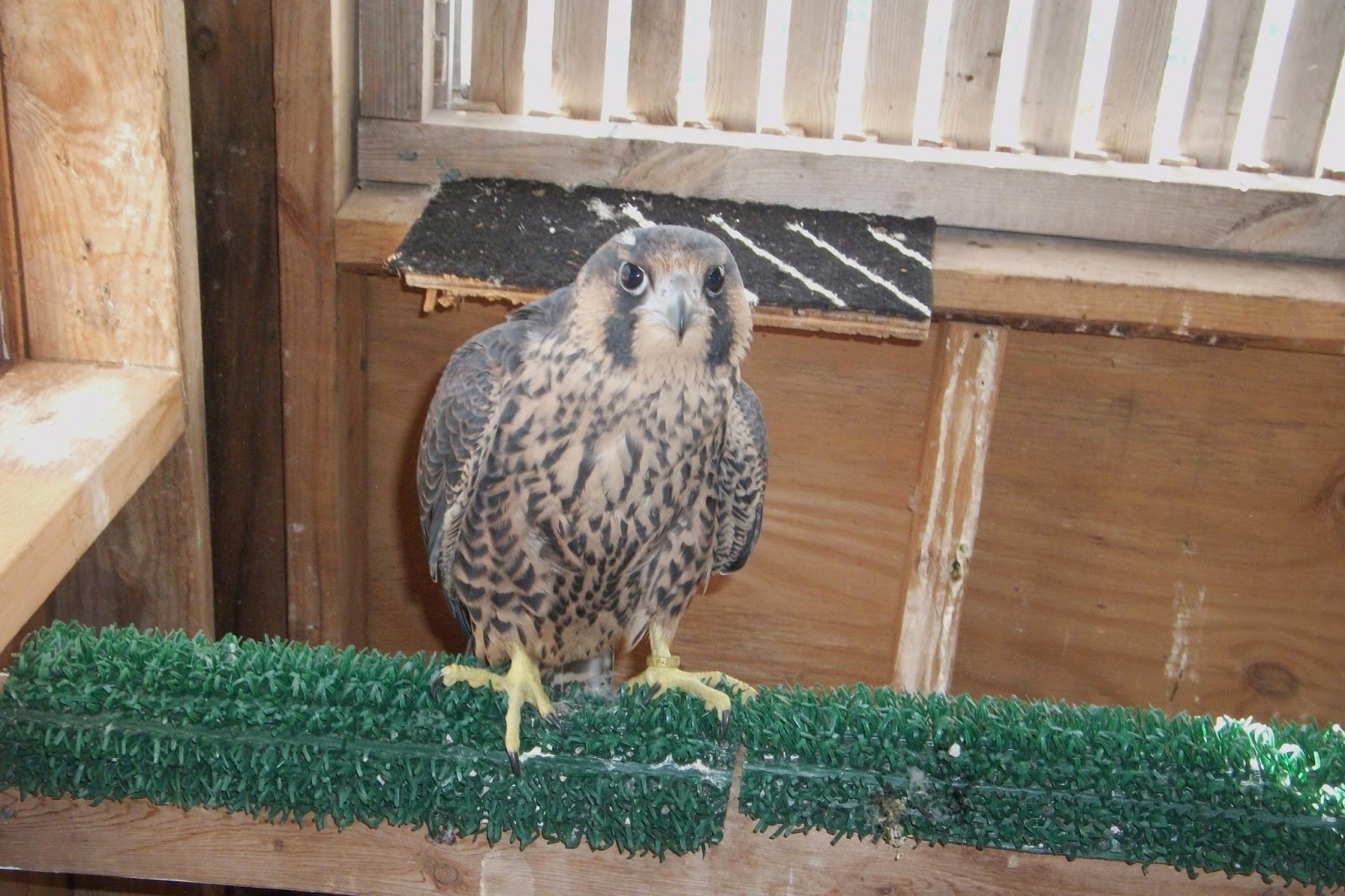