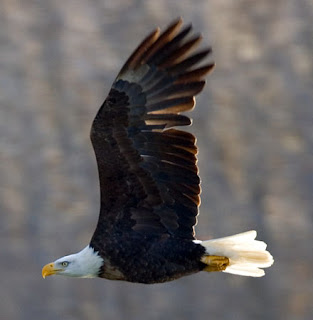 Hello,
We have a few upcoming public programs. The first is on February 27th at Cumberland Mt. State Park www.tn.gov/environment/parks/CumberlandMtn near Crossville, Tennessee. Our program is in the Rec Lodge and starts at 2:00 CST. Come early to get a seat since this one is usually packed. The second program is on March 12th at Wheeler NWR Visitors Center www.fws.gov/wheeler near Decatur, Alabama. Our first show is at 11:00 a.m and the second is at 1:00 p.m. CST. Our next public program is on the weekend of March 19th and 20th in beautiful Wabasha, Minnesota.Wabasha is on the Mississippi River and the area is used as a stopover/refueling station by Bald Eagles returning to their nesting territories in Minnesota, Wisconsin and Southern Canada. We will be doing programs for the National Eagle Center's Soar With the Eagles Weekends series http://www.nationaleaglecenter.org/ . We will have two shows on Saturday the 19th and two on Sunday the 20th. Coming in April, we will be doing programs on weekends for Earth Dayz at Rock City http://www.seerockcity.com/ If you get a chance, come out and see us. Thanks!
Dale and John
s.o.a.r.south@hotmail.com
706-657-3278
Posted by Wings to Soar at 11:12 AM No comments: